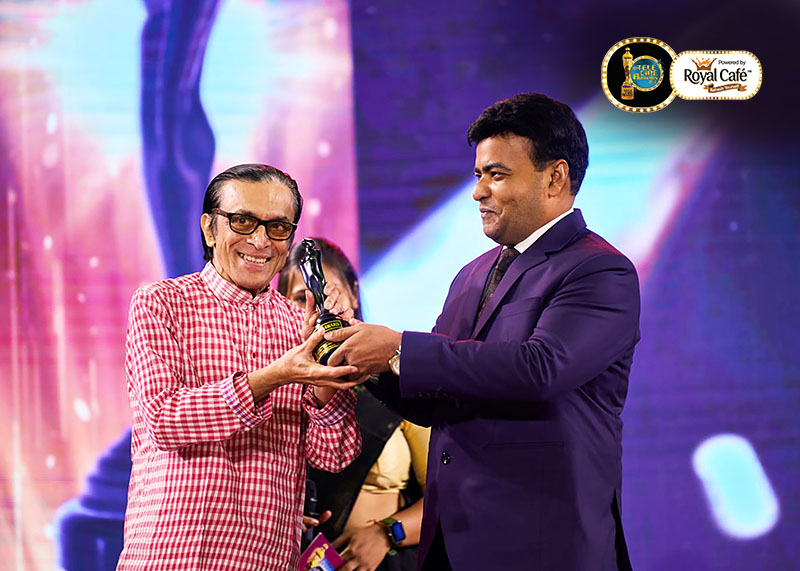 Royal Cafe was the main sponsor of the program.The Royal Cafe family is delighted to honor the best artists of the two Bengals.Awards were given to artists from Kolkata and Bangladesh from 2019 to 2021 at the event.Prayut Kumar Talukder , Chairman and Managing Director of Prayas Group was present as a special guest in the occasion . He presented the award to popular Kolkata actor Shubhash Mukherjee and director Raj Chkarabarty. Through this event , a great relationship between the two Bengalis has come to light.Royal Cafe always wants to be with good initiative like this.